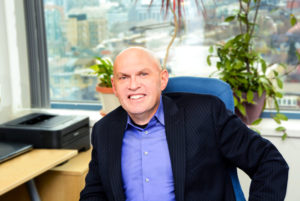 Glenn is Ontario legal counsel for a national trade union, representing union members across the country in matters such as wrongful termination and bargaining with employers.

Glenn received his first law degree from Osgoode Hall Law School in Toronto. He also has a Masters in Law from the University of Toronto, where he was June Callwood Graduate Fellow in Aboriginal Law from 2012 to 2014.